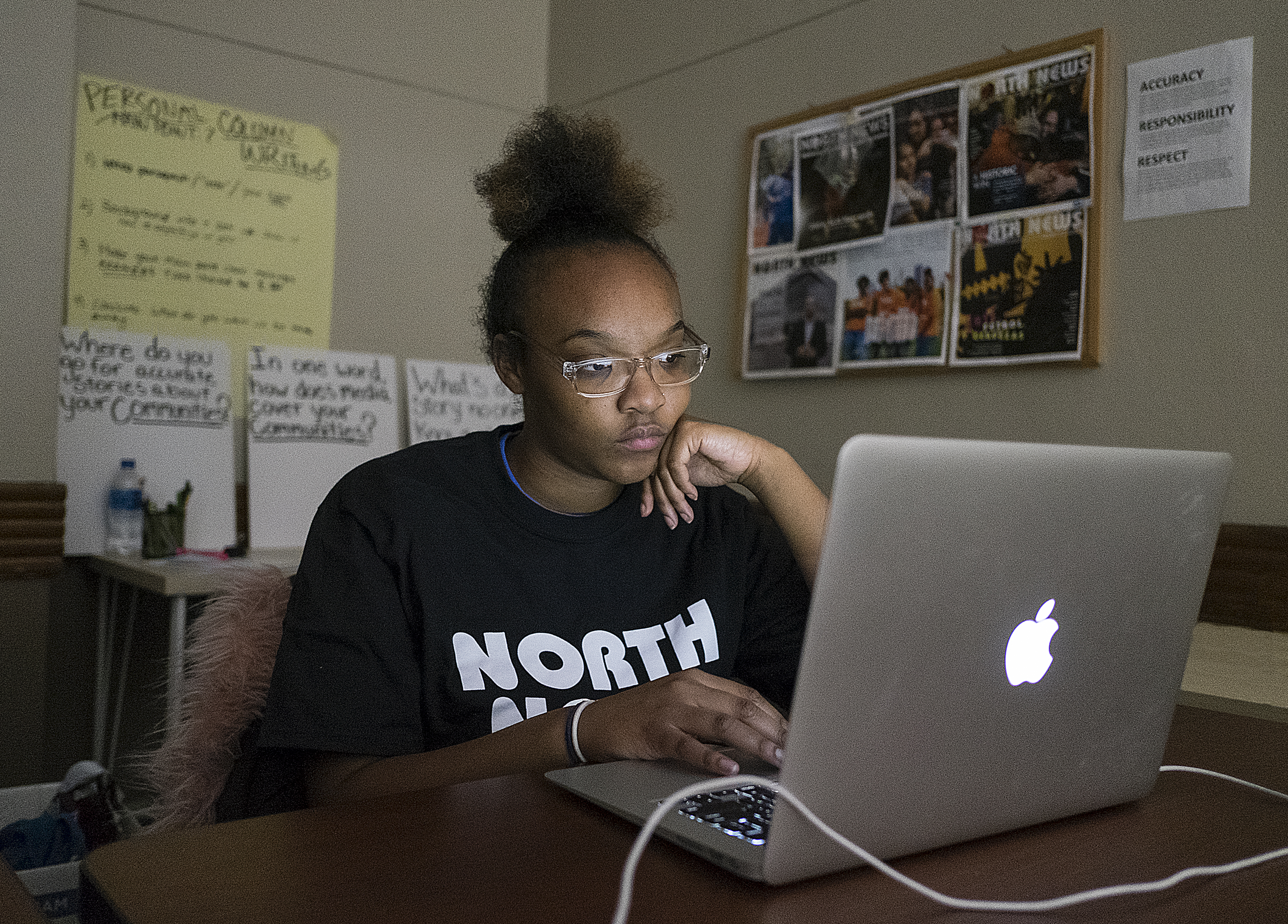 The authentic voice of the Northside

Minneapolis’s Northside is a community with a rich history and a bright future. But a full and nuanced account of this neighborhood is seldom told. Instead, perceptions of North Minneapolis and its people are often reduced to a single, negative narrative: one of crime, poverty, blight, and disparity. That storyline feeds a self-fulfilling prophecy. As long as policy makers, law enforcement, and community members subscribe to that narrative, little can be done to change it.

This is where community media can make a tremendous difference. By empowering people to tell their own story, community newspapers and other hyper-local media reveal the truth of a place to the wider public — and, crucially, to the community itself.

That’s the role of North News. Relaunched in 2016 by Pillsbury United Communities,  North News is a grassroots print and digital news source that works to deepen empathy and appreciation for North Minneapolis. Each monthly issue delivers original reporting and insightful stories about people and events shaping our neighborhoods, all told from a Northside perspective.

North News editors and journalists work to capture voices that get left out of the dominant media narratives. In 2018, the paper published stories about mistreatment within the housing system, life after prison, and environmental injustice on the Northside. In the paper’s groundbreaking Trauma Trooper series, journalists captured the trauma-related realities facing youth in North Minneapolis — a vital step in persuading the community and city professionals to respond.

At the same time North News opens minds, it also opens doors. The content is made possible by young writers and reporters in North High School’s daily journalism classes. 58 students have participated since the paper’s relaunch in 2016 — brainstorming ideas, choosing angles for their stories, and identifying their own experts. In the process, they grow their job skills and ambitions and become visible leaders in their community.

In the two years since its relaunch, North News has become the neighborhood’s indispensable voice, with a print circulation of 10,000 papers and online stories and Facebook posts that typically reach thousands of readers each month.

We recognize a key social issue facing Minneapolis is the lack of empathy and understanding of one another’s experiences. By painting a full and vivid picture of a dynamic community — its triumphs as well as its struggles — North News nurtures a foundation for real, inclusive change. We’re helping people tell the story they see and live, not the same old one they’ve always been told.

“I’ve learned first hand how journalists can connect to their communities and the value of the work they do. North News gives us the power and the responsibility to represent our neighborhood.” — Daija, North High alumna and former North News Intern

58 student journalists engaged since the paper’s relaunch in 2016