Pillsbury United Communities is pleased to announce several key moves in the agency’s executive leadership team, including the creation of a new executive-level position centered around data science and evaluation.

Tsega Tamene has stepped into the newly established role of Head of Data Science & Evaluation. In this role, she stewards Pillsbury United’s vision and strategy to activate data for impact—transforming how the agency defines, captures, and implements data toward systems change. She previously served as Senior Director of Population Health.

“Data will drive the evolution of our organization and our transformative impact in community,” says Adair Mosley, President & CEO of Pillsbury United Communities. “Pillsbury United Communities seeks to have a population-level impact on systems that create more equitable and just outcomes for our communities. Tsega, with her population health background, will drive upstream change and targeted and predictive program and services.”

Ethan Neal has been named to the newly created position of Director of Food Systems. In this role, he oversees all of the agency’s food programs, including food shelves, community meal programs, and urban agriculture, and he drives all of the agency’s efforts towards the creation of a local, sustainable, equitable food system. He previously served as Food Systems Manager.

Awol Windissa has been named to the position of Director of Community Health. In this role, he oversees all community health and wellness programs, with a particular focus on removing barriers to health; promoting wellness; reducing disparities; and implementing place-based, community-centered and culturally-relevant approaches. Awol previously served as Community Health Manager at Brian Coyle Center.

Every Tuesday, volunteers from our Employing Partners in Community (EPIC) Program are at People Serving People to assist with building beautification. This is a partnership that has been in place since 2010. Its just one of the many places where program participants and staff volunteer each week.

The EPIC Program, based at the Pillsbury House, is all about skill building, involvement in our community and making memories. Volunteering is practice that provides program participants a chance to gain and strengthen work skills while also helping others and integrating in the community.  At People Serving People, EPIC helps with the janitorial services and that’s a big job. There are seven floors and a long list of housekeeping tasks that need to be done on each floor. Tasks include sweeping, mopping, vacuuming, and cleaning windows. After the work is completed, People Serving People kindly provides a hot meal in exchange for the work. Some of the volunteers favorites are beef nachos, tacos, and smothered chicken. 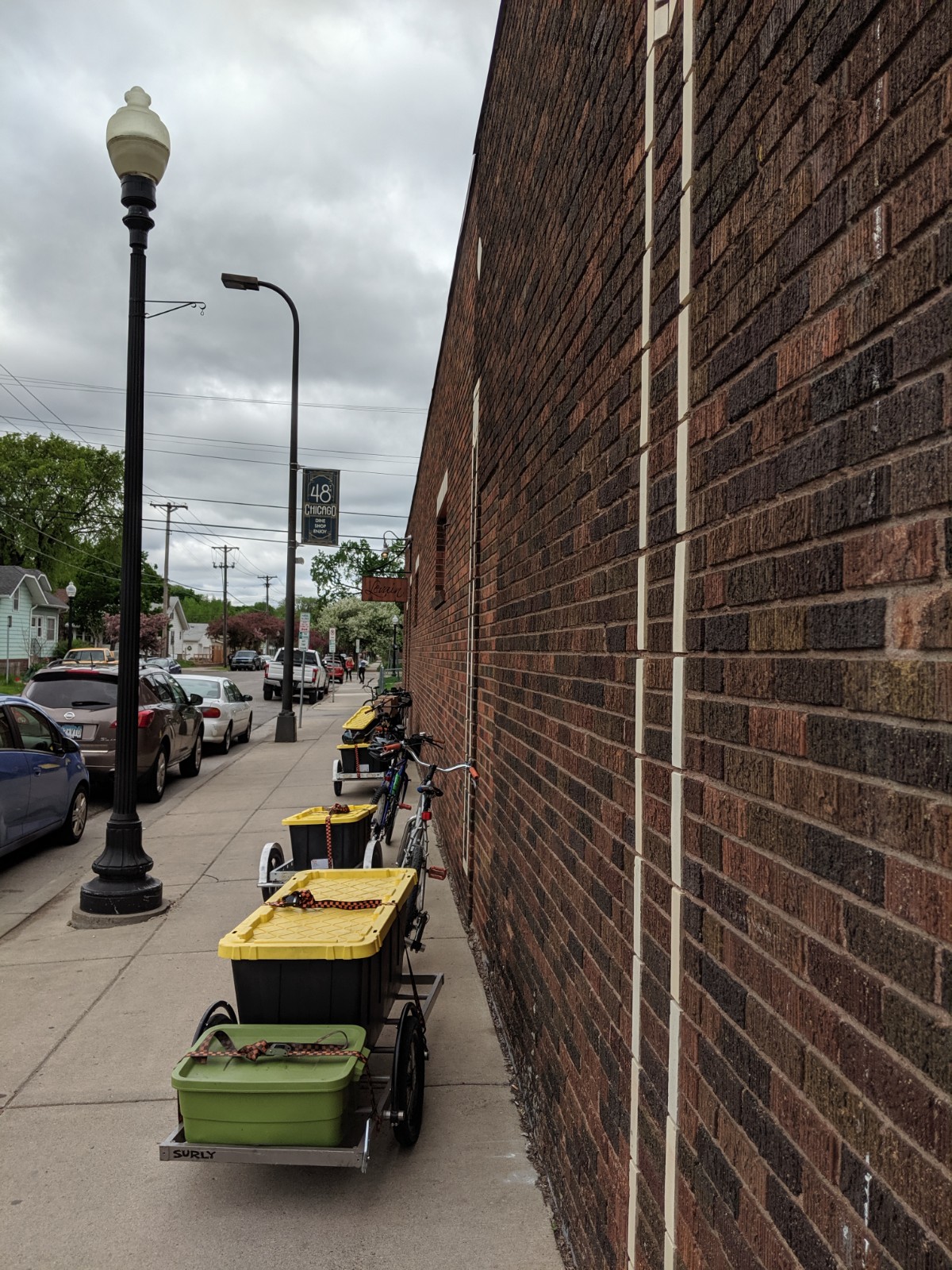 On May 23, 2019 the team at Full Cycle made their first food delivery of the spring. The weather was great, everyone biked hard, and most importantly 150 meals were delivered to transitional living programs in Minneapolis.  Food delivery by bike is just one of the many programs offered by Full Cycle, a social enterprise bicycle shop in south Minneapolis, MN that offers support and connection to young people experiencing homelessness.

Young people who have experience with homelessness can make an appointment to pick out and help fix a bike they can use for transportation. The free bikes also function to relieve stress, provide a fun outlet, and allow youth to practice being self-reliant. In addition, bike appointments are a natural way for youth and youth workers to get to know each other and how Full Cycle can be useful.

Full Cycle also offers youth a two-phase, six-month-long paid internship, which teaches a structured mechanic curriculum and imparts professional knowledge like résumé writing. The idea is to give kids a complete set of skills—not just the know-how to work on bikes. 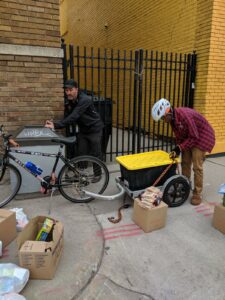 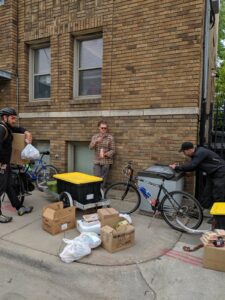