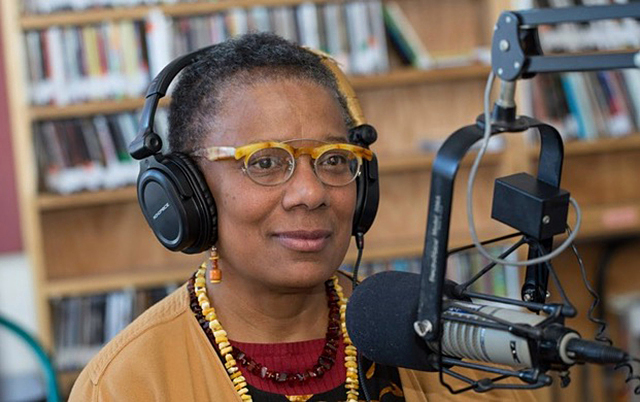 Lane-Ewart is an award-winning cultural activist who has been working to strengthen and enrich Minnesota with her commitment to the arts and arts education since 1989. She was Executive Director of KFAI Fresh Air Community Radio for 12 years, where she also produced the longstanding jazz show, The Collective Eye. Since 2014, she has served as Development Officer for jazz station KBEM – Jazz88. She has served as a board member of Intermedia Arts, Ananya Dance Theatre, and American Composers Forum.

In November 2019, Lane-Ewart was honored with a Sally Award at the Ordway Center for the Performing Arts. The Sallys are based on the First Trust Award given in 1986 to Sally Ordway Irvine. Winners are nominated by the arts community – people whose lives they have directly affected. Lane-Ewart’s award was for commitment.

“We are delighted to welcome Janis to the team. Janis shares our passion for amplifying the voices, stories, cultures, and conversations happening in our neighborhoods,” said Adair Mosley, president and CEO of Pillsbury United Communities.

“I am honored to have been selected to lead the station into the future,” Lane-Ewart said. “Brendan [Kelly] and the whole KRSM team have built a powerful platform for change.”

KRSM Radio is a low-power FM radio station based out of the Phillips neighborhood in South Minneapolis, broadcasting at 98.9 FM across South Minneapolis, and streaming live at krsmradio.org. It is an independently operated social enterprise of Pillsbury United Communities. Its mission is to provide a platform for elevating the voices, narratives, and cultures of those communities with a history of being marginalized, misrepresented, and erased by traditional media and to serve as an on-ramp to jobs in the fields of broadcast media.